Skip to content
Home > Free Resources > Working with parents > Angry parents
People can become angry when they believe that they or someone close to them has been wronged. They often believe they are entitled to feel that way. At times, the level of anger might, be out of proportion to any wrongdoing.

Unless carefully planned, meetings with parents who are angry can lead to a situation of escalating anger, verbal threats or violence. In all instances, it is important to attempt to de-escalate or contain the anger and understand the basis of the parent’s emotional state.

Understanding and managing another person’s anger is critical in helping them to calm themselves and think clearly. The ultimate goals are to assist all involved to regulate emotions, look after everyone’s personal wellbeing, improve problem solving, and avoid threats and physical violence towards staff and others in schools.

All valid parental concerns should be addressed. Such concerns can include a child’s medical condition, bullying, safety or other wellbeing issues, learning difficulties or disorders, issues of family stress or loss, or parental diagnosis of an illness.

It is reasonable for parents to expect that perceived learning difficulties and social competency issues such as bullying and other concerns about the child’s safety are investigated and followed up by the school. Schools that have clear discipline and student management procedures, dedicated welfare or special education staff, focused and appropriate learning expectations, and parenting resources are usually well placed to assist.

Why do some parents behave angrily?

Most parents are not angry all the time. Different circumstances may underpin angry behaviour such as: 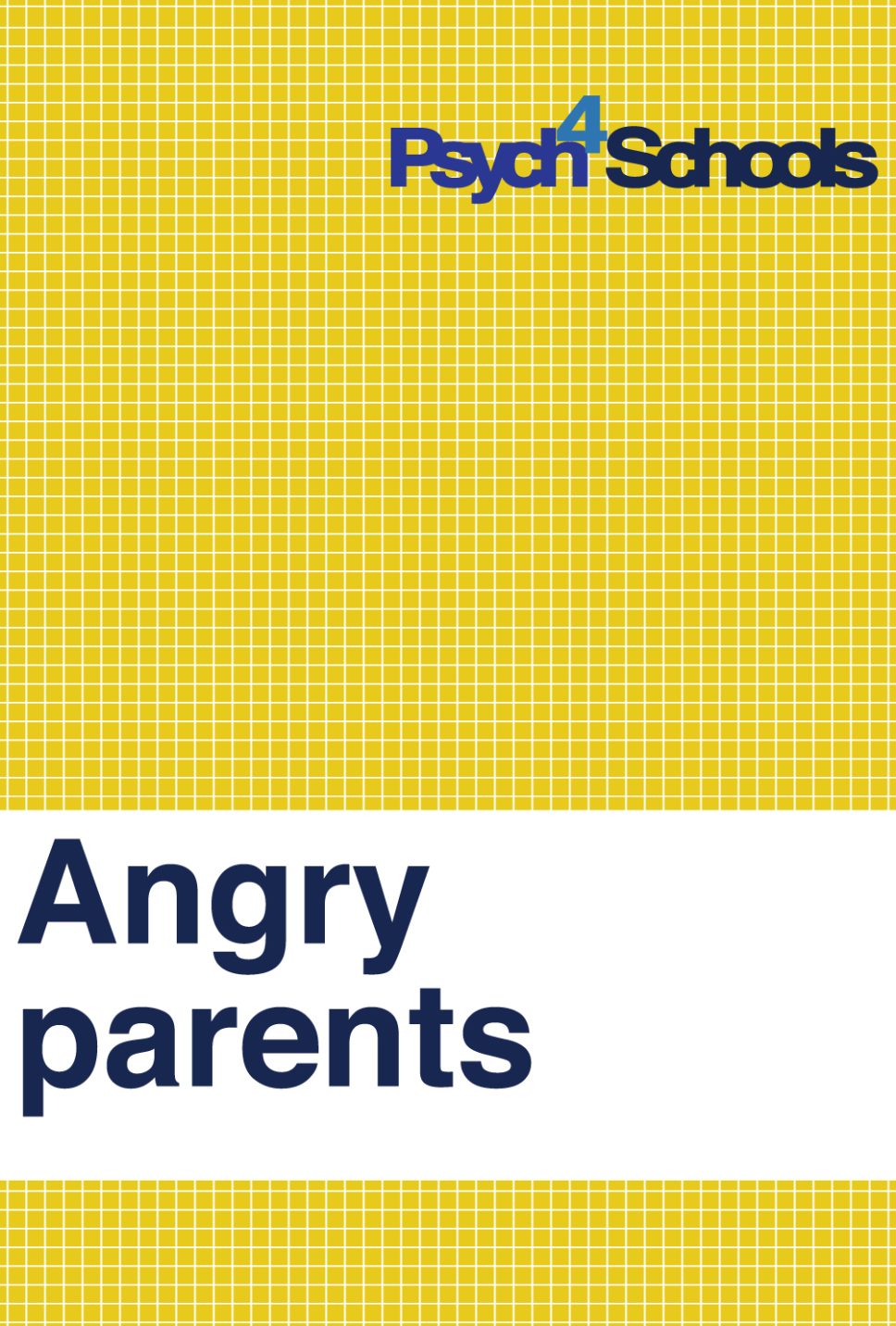 You should always meet an angry parent with a colleague. Never meet with a parent who is displaying aggressive or violent behaviour. If a parent becomes aggressive or violent, contact a senior staff member immediately and direct all students away from the area. In some cases it may be necessary to call the police. The police may need to be called for example, if a parent is intoxicated, unwilling to calm down and leave the school, or wants to fight with a staff member.

Schools should consult relevant policy and guidelines for handling parent complaints provided by their education department or governing authority.

Strategies to assist you to work with an angry parent

It is important to remember that people who are very angry will temporarily lose the ability to think clearly and act rationally. How you respond can help to either escalate or deescalate their anger. A parent will be unable to work with you effectively until they have calmed down and are in control of their behaviours.

REMEMBER: You should never try and work with a parent who is displaying violent aggressive behaviour. If a parent becomes violent or aggressive contact a senior staff member immediately and direct all children from the area. The police may need to be called. See below for more information.