Skip to content
Home > Resources > Learning concern > Severe Language Disorder
Children with a language difficulty have trouble understanding, using and processing language. Approximately 6 per cent of school-aged children have significant speech and language problems.[1] Speech Pathology Australia 2003 sourced from http://www.speechpathologyaustralia.org.au/ In some parts of Australia, the number is as high as 13 per cent.[2] McLeod, S., & McKinnon, D. (2007). Prevalence of communication disorders compared with other learning needs in 14,500 primary and secondary ...continue

Severe language disorder is classified as a communication disorder[3] American Psychiatric Association. (2013). Diagnostic and statistical manual of mental disorders (5th ed.). Arlington, VA:  American Psychiatric ...continue in the DSM-5(Diagnostic and Statistical Manual of Mental Disorders, Fifth Edition). Speech and language disorders can also be referred to as learning difficulties since they impact on a child’s ability to listen, think, speak, read, write, spell, or do mathematical calculations. There are two general types of language difficulties: expressive and receptive.

Children with expressive language difficulties have difficulty using words to convey what they want to say. As they get older, these children will have difficulty expressing their ideas logically and clearly, and using grammatically correct sentences.

Since children with language disorders have better developed nonverbal abilities, their nonverbal thinking and reasoning abilities should be harnessed when working with these children. 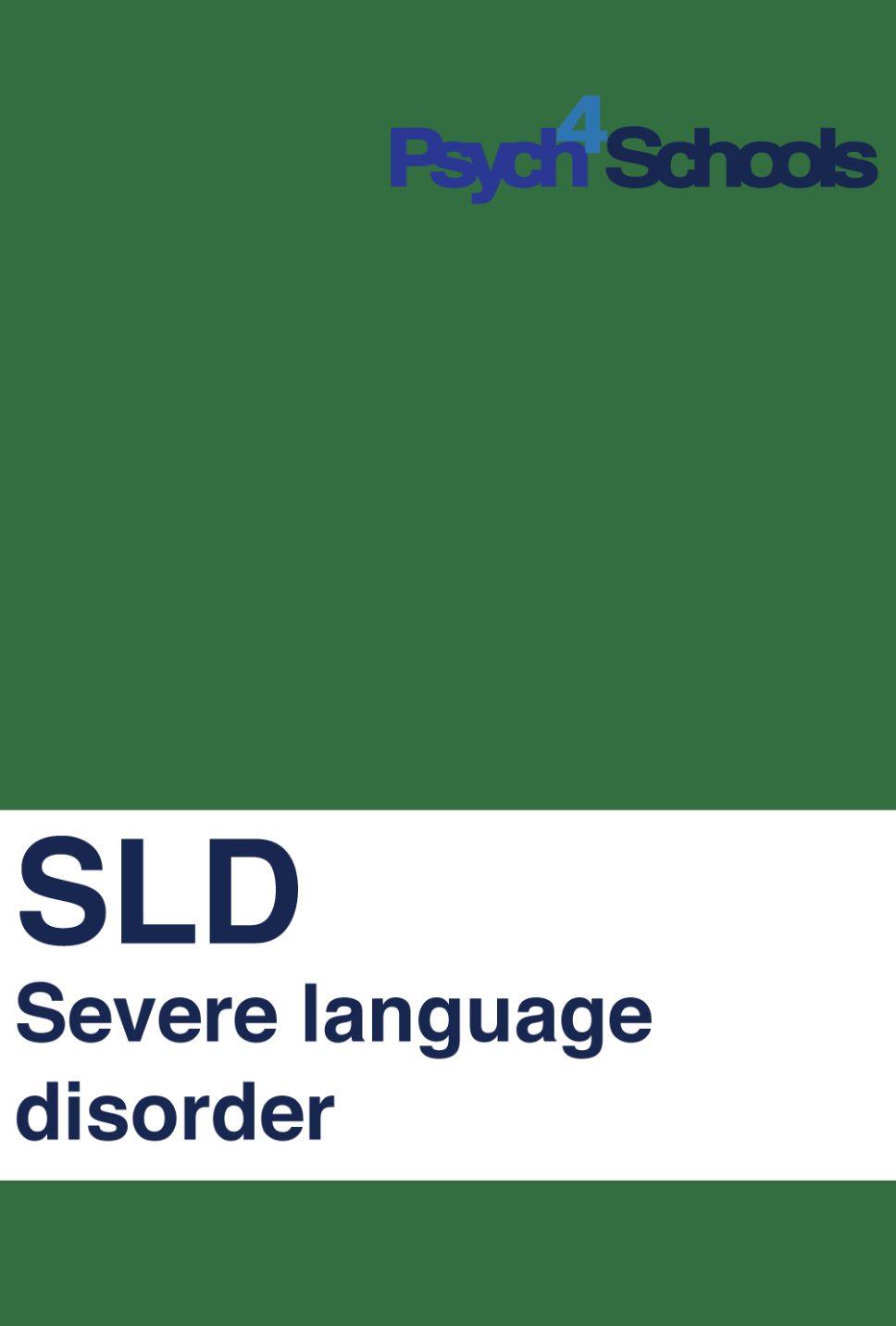 These children have significant difficulty using spoken and written language. They are behind their peers in their vocabulary development, ability to use and recall words to express themselves, and use of appropriate grammar and semantically correct language. This disorder can range from an instance where the child is unable to speak at all through to less severe cases where the child is unable to express ideas at an age-appropriate level.

How are children diagnosed with a language disorder?

The language disorder cannot be accounted for by an intellectual disability, hearing impairment, neurological damage, emotional issues, cultural factors, or relate to being from a non-English-speaking background. In some cases, these factors may coexist with a language disorder but they cannot be the cause of the disorder.

Behaviours or traits of children with a severe language disorder

Children with a severe language disorder may exhibit some of the following behaviours or traits at school:

An ability to understand others and express oneself clearly, succinctly, confidently and convincingly is crucial for active engagement with classroom programs, and the development and maintenance of successful, positive peer relationships. For this reason children with poorly developed language skills are more likely to display challenging behaviours, have social difficulties and be at risk of future mental health issues.[4] Snow, P. S., Language competence: A hidden disability in antisocial behaviour. InPsych. The bulletin of The Australian Psychological Society ...continue

Teachers, psychologists and others should therefore consider the adequacy of the language skills of children who display behavioural problems. Behavioural issues of these children may include:

Since following instructions, reading and writing are all language-based activities there may be difficulty across all areas of academic performance.

Children with language disorders can present with a broad range of strengths and weaknesses. The diagnosis of a severe learning disorder does not mean the child cannot learn. These children struggle with language throughout their life, but their ability to function independently at school and in society will improve, given the right support. Thus, it is essential that these children receive regular speech therapy with a speech pathologist to assist the development of their oral language, as well as linguistic and literacy support, and learning support through the use of visual aids and ‘hands on’ learning.

Unidentified and under-resourced students with severe language disorders can potentially become disruptive students who struggle with literacy and learning in primary school. This issue may influence attendance and school retention rates, as these students are likely to become school truants and/or drop out during secondary education.

Strategies to support the child with a severe language disorder